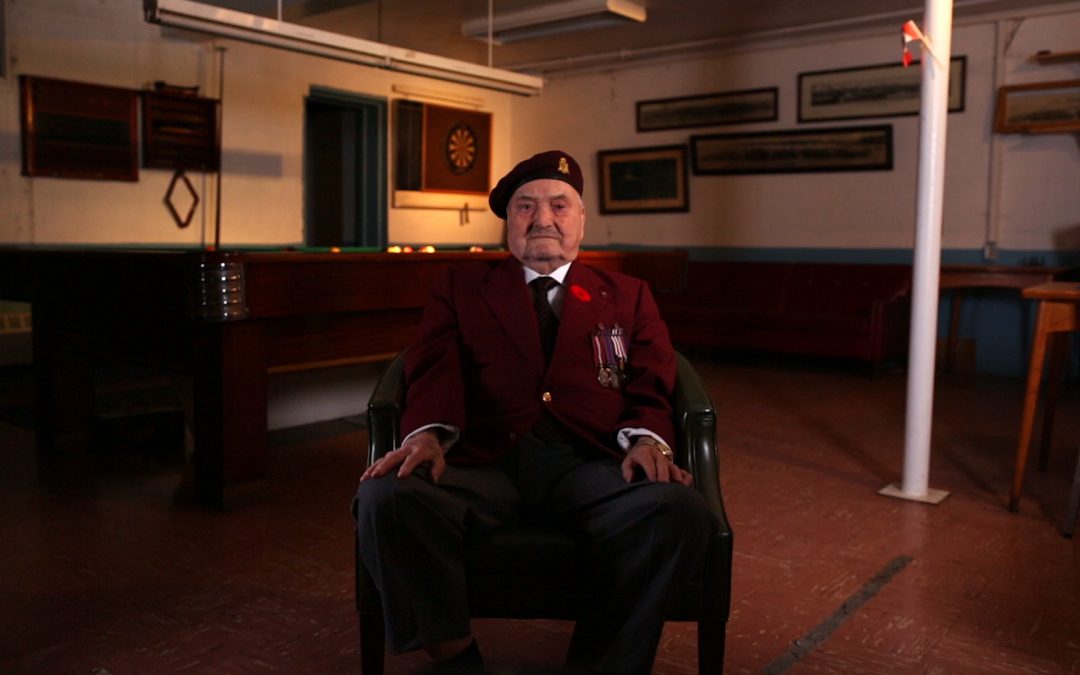 What a pleasure to meet Canadian Veteran Lorne B. Tudhope.  FlyPress met up with him at the Parry Sound Royal Canadian Legion, Branch 117, where he shared a few of this war time stories and experiences.

It’s part of our ‘Share Your Story’ campaign.  The public responded to our call for help by nominating Veteran’s.  We were very pleased to honour Lorne Tudhope by presenting him with his video.  It is also a privilege for us to share his video with you.  What an incredible way to reflect upon the history of our Country’s freedom and the many people who served and sacrificed for it.

Lorne Tudhope is in his 90th year and was very gracious to share a few of his stoies with us.  Lorne enlisted at the age of 18 in January 1944 in Toronto, Ontario during World War II.  He joined the Canadian Army, serving in the 1st Canadian Paratroop Battalion, as a Private.  His service included Canada, Europe and most notably included a jump during Operation Varsity in Germany, the largest airborne operation in history to be conducted on a single day and in one location.  On 24 March 1945 Operation Varsity was a successful joint American-British operation that took place toward the end of World War II.  It involved more than 16 000 paratroopers and several thousand aircraft.  This operation was meant to help secure a foothold across the Rhine River in western Germany, it was a success.

Lorne was discharged in September 1946.

“…Remembrance Day is important not only for us, but for the younger generation to let them know some of the things that happened…we don’t really don’t want to remember, but we have to remember those people that gave up their lives so that we are a free Country.  It means a lot.  It should mean a lot to everybody.” – Lorne Tudhope

Join us in remembering this Remembrance Day.


A Veterans Story – Share Your Story from FlyPress Films on Vimeo.

Thank you to Lorne B. Tudhope for sharing his story with FlyPress Films.  Thanks to the Parry Sound Royal Canadian Legion, Branch 117 for providing our filming set.  Thank you also to Amanda Sutton of Catalyst Communications Choreography for helping to get the word out to the community about our ‘Share Your Story’ campaign and this Remembrance Day video.