Every once in a while you put good people and good ideas together and magic happens. That’s the kind of dynamic that drives FlyPress.

Richard James, founder and lead storyteller, describes the FlyPress team as “small but intensely in sync. Our close-knit work environment suits us perfectly, and we collaborate with a select group of creative partners when we need to bring in specialized talent.” It all started with Richard’s innate talent for connecting with people. His years engaging audiences as a performing artist on stages across North America in the late 1990s nurtured that talent. But that’s another story.* Richard was first introduced to the lens when an old friend asked for assistance on a few video projects.  Richard immediately fell in love with this multifaceted way of capturing the essence of a story and knew he had a future as a Cinematographer. Of course, he had no idea just how far one of his very first projects would take him. You may have seen it. Richard is the creator of the worldwide YouTube sensation “Emily’s Hair,” which over 50 million people (and counting) have viewed. It turned the heads of TV show producers from Ellen, Good Morning America, CNN, The Doctors, and The View. Meant as a family keepsake video of his daughter’s first haircut, “Emily’s Hair” unintentionally captured hearts around the world. “Emily’s Hair” also confirmed Richard’s belief in the power of storytelling. “It’s about giving people an emotional experience. Like when a presenter steps away from a scripted PowerPoint presentation to tell a story. How that just immediately captures everyone’s attention. And it’s the story that people are going to remember the most from that presentation.” Inspired by the power of video to tell meaningful stories, Richard knew he would need a great team of creative minds around him. And so FlyPress was born. Today, Richard, Amy, Dennis and Matthew are reinventing corporate video production. The FlyPress team works closely with each client to generate a clear, authentic snapshot of what that client’s brand is about. From this place of authenticity the team creates the emotion-driven stories that connect so profoundly with people. Richard’s reputation as a corporate video influencer has brought him back to the stage, this time as a public speaker sharing what he knows about crafting authentic brand stories. But hey, once he’s up there you might be able to convince him to play a tune or two.

What we’re all about.

Our Promise. For forward thinking brands, FlyPress is a premium video producer that delivers creative, engaging and emotionally charged stories in a way that stays true to your brand essence, expresses your passion for what you do, and increases your fan base. We promise to deliver an authentic brand story that captures your audience and builds brand loyalty.

Our brand essence. Everything FlyPress does is authentic, and everything they aim to do for their clients is to capture authenticity. Real, human moments, expressing passion and love for what they do.

Our mission statement. Capture the brand story in the most authentic light and communicate the client’s message to their target audience through an emotionally charged experience.

Anyone can capture video. We capture the moment and the emotion. We tell a story through voice, creative footage, lighting, music, etc. We compile it all together to give the end user an experience.

We tackle all our projects with the same respect, by working through a process that helps us familiarize ourselves with our client’s brand and their market. We strategically plan many elements of the video, ensuring it comes together to deliver the right message and emotion, while representing the brand to it’s fullest.

In order to capture the brand story, we must understand the brand. This comes by getting to know our clients and working with them on their goals, and vision for the video and the response it will have on their audience. 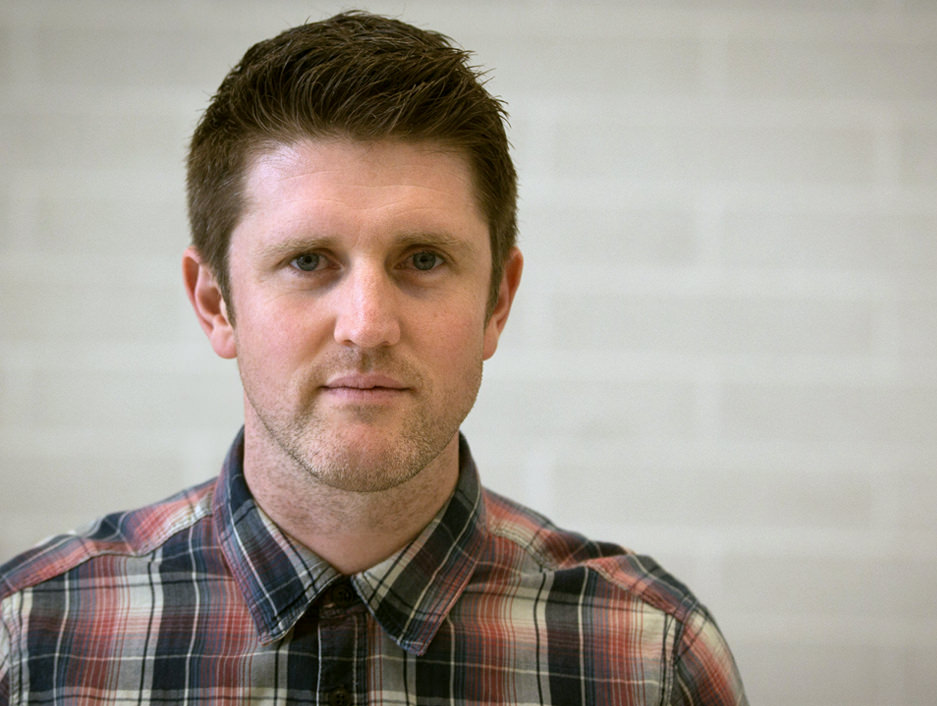 Rich is always thinking.  About video projects, ideas, marketing, and how to build FlyPress into an empire.  Rich dreams up new and exciting ways to make our clients’ videos come to life and stand out. He has a genuine passion for people which is evident to anyone he collaborates with.  When Rich isn’t making videos for clients, you may find him documenting the adventures of his 3 kids. 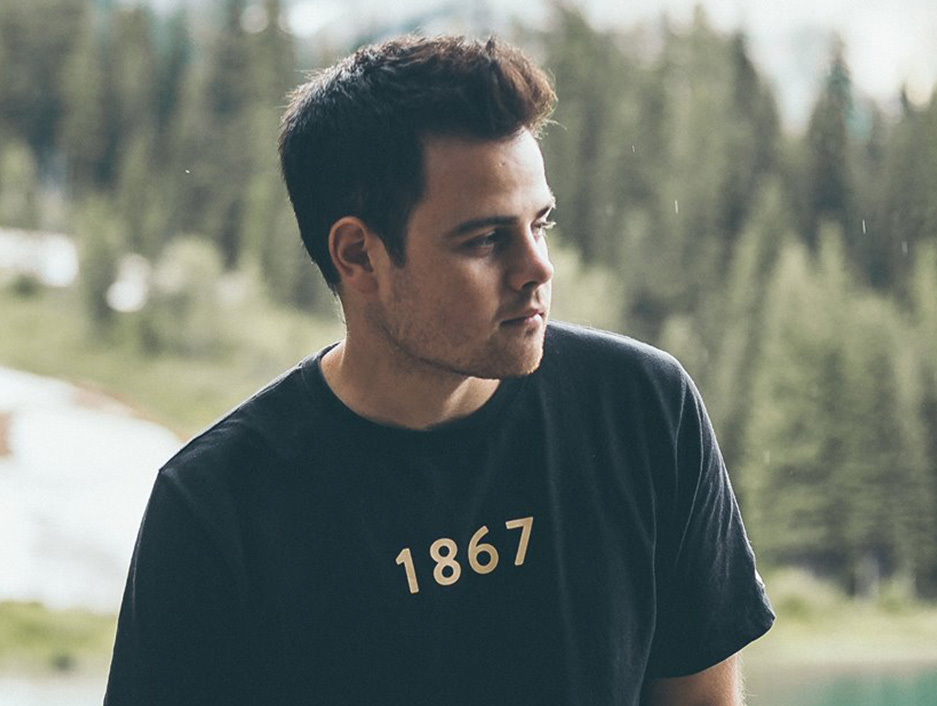 Connor Drummond is a great editor and filmmaker but he is also our go-to for anything photography and design related. Coming from a background of travel & lifestyle photography, he has a passion for capturing beauty through unique perspectives. Connor loves to learn a bit of everything – that’s why we love having him around on set. He might have a serious face behind the lens but always knows how to have a good laugh. 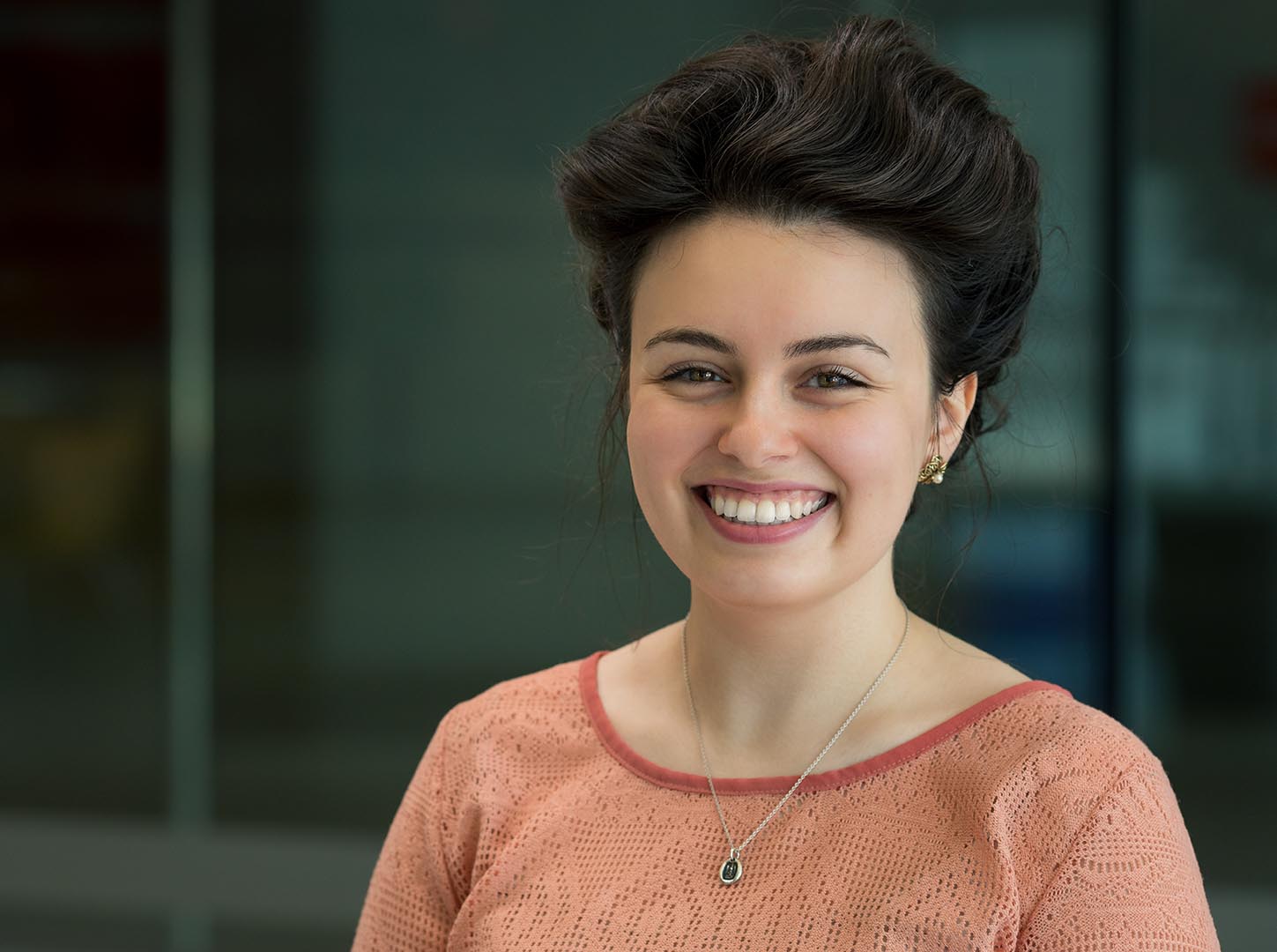 Emma works in the office handling behind-the-scenes details of FlyPress. She assists in a variety of bookkeeping tasks, using her organizational skills to streamline our operation. Emma is always innovating new ways to keep everything in order, and implementing processes that benefit our clients. She might also be known for baking the occasional tasty treat for the team. 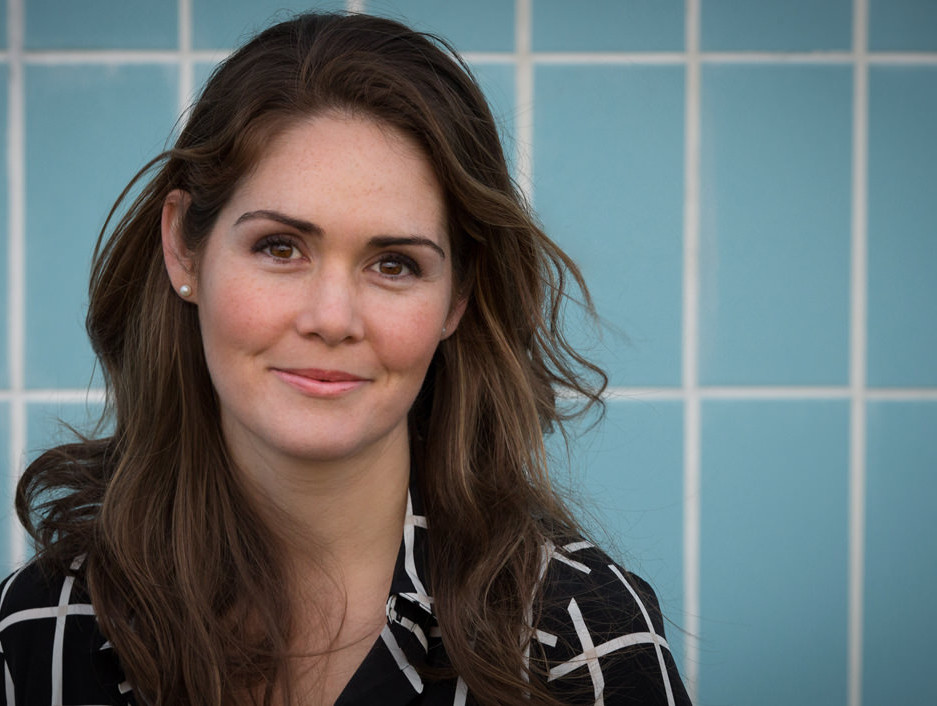 Amy is the multitasking queen who organizes the office. She keeps everything on track and makes sure we deliver our video projects on spec and on time. Amy enthusiastically keeps clients educated, informed and ensures excellent customer experiences. From marketing strategies, to proposals, to creative pre-production – let’s just say she keeps things rolling around here. 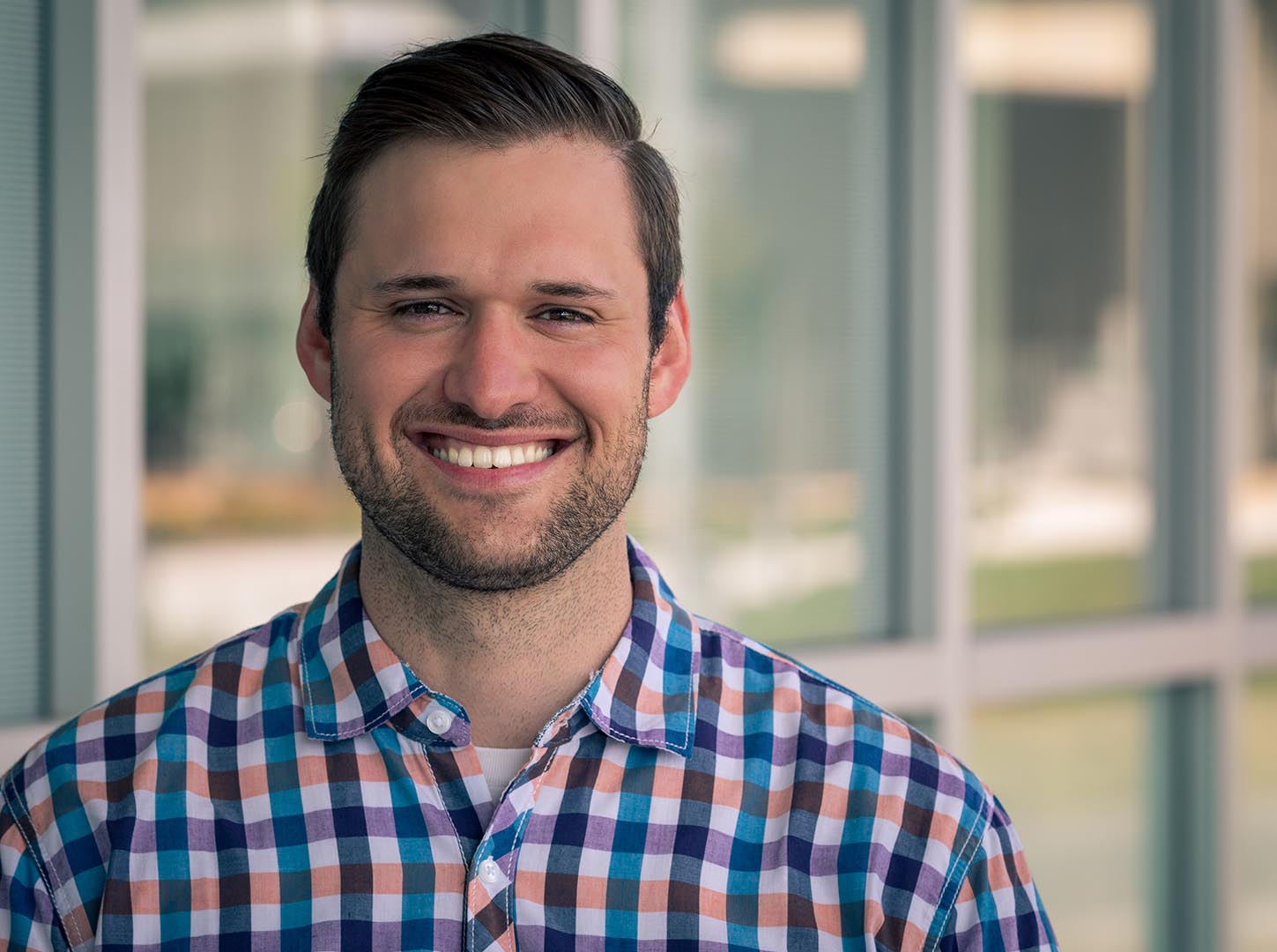 Joel has a keen eye behind the camera both on the ground and in the air. He operates drones like a boss and has a unique ability to capture the emotion in a moment. Joel is a versatile asset to our crew and we appreciate his strong work ethic and determination. With his friendly personality, he’s naturally engaging with our clients and he always keeps our spirits up – this guy’s sharp. 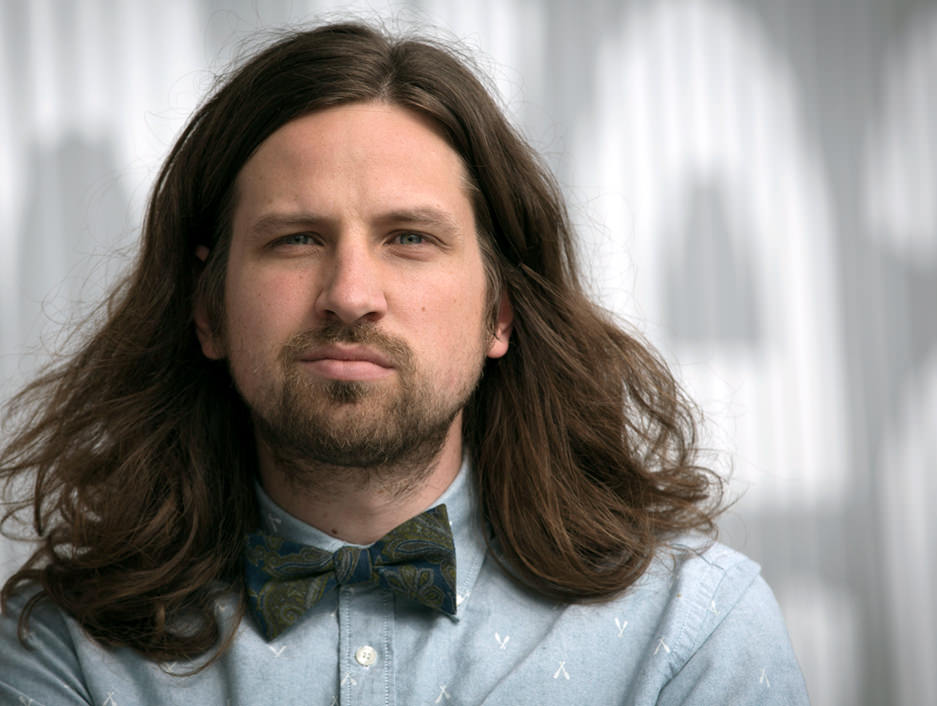 Dennis comes to FlyPress with the vision and creativity to help your business reach new heights, his extensive background in the arts has given him a unique eye to capture the stunning visuals that are synonymous with the FlyPress experience. Dennis is at home behind the camera, behind on the screen or with a pencil in his hand crafting a storyline for our next project.

Jeremy Michaelis is our in-house audio engineer, copywriter, and branding strategist. Whether recording a track for our next project or creative brainstorming, his passion for detail spills into all that he does. He is the man that makes our videos sound as good as they look. We are happy to have him as part of our team.

Every brand has a story to tell.

Give us a shout.

We are crafting videos for our clients all over Toronto and the GTA. Our team is excited to come to you, to see your place of business and to get to know your story. Reach out to us through the form, or give us a call and we'll start with a short questionnaire to get the process started. We're looking forward to speaking with you!

Our work has been featured on...