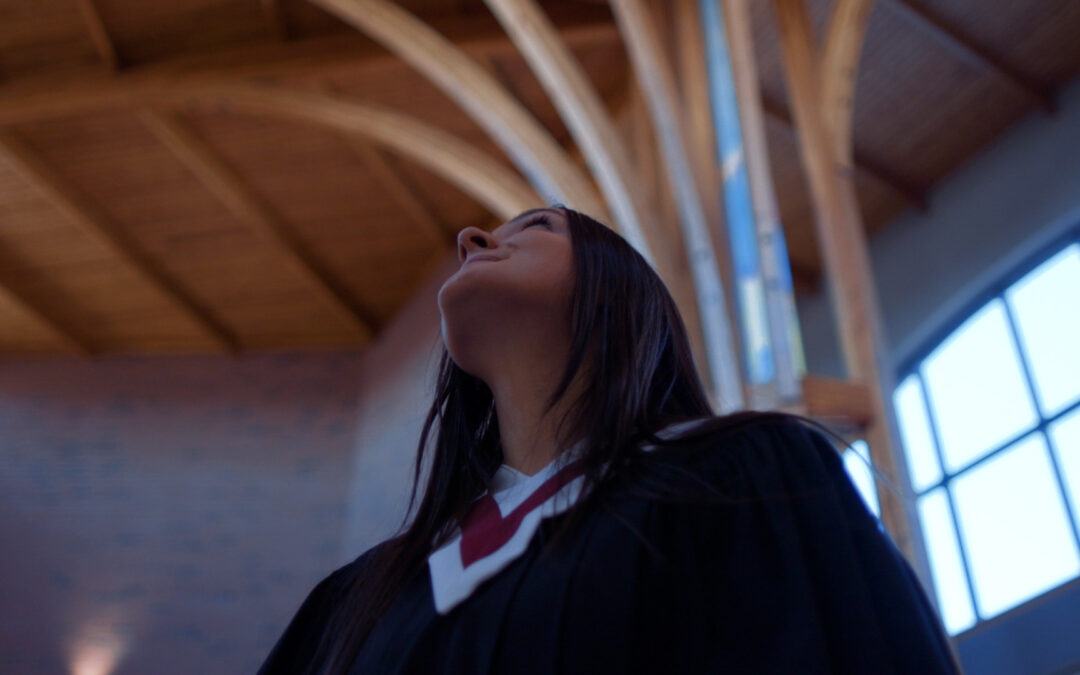 King’s Christian Collegiate usually hosts a graduation celebration each year, gathering hundreds of students and their families to honour the accomplishments of each graduating class. However, this year looked a little bit different, they couldn’t host the event like usual and realized they had a problem; How could they have a graduation ceremony in the middle of a pandemic? After lots of brainstorming, King’s reached out to FlyPress for a solution to their problem.

FlyPress Films collaborated with King’s, creating a 1-hour live virtual event video to be premiered on YouTube for the students and families to watch. The entire segment included messaging from the school staff, awards for the students, speeches from members of the community, and much more. It provided King’s a way to honour each of their students and create a celebration that was actually even more engaging than a traditional graduation ceremony.

One of the elements we created was a bumper using motion graphics. This provided an engaging opener for the entire ceremony to capture the attention of the students & families at home.

We filmed the principal of the school giving an intro to the ceremony. This included travelling to the school and setting up lights, cameras, & audio.

We also filmed various staff giving a congratulatory message to each of the students. The ceremony included an awards section, and then each student received a personalized statement about their accomplishments during their years at the high school.

King’s wanted to include a valedictorian speech in the live stream. We set up a filming day to capture the message their valedictorian wanted to share. We also filmed supplementary b-roll to add to the visuals of the speech.

During the end of the live virtual event, a credit roll with bloopers was added. This added some fun moments to the celebration, and let some more of the teacher’s personalities show through to the students and families.

Overall, the ceremony was a success. The live stream gained over 1300 views and included a live chat for students to engage with. Typically a graduation ceremony would have a limited number of attendees due to occupancy issues, but with a virtual event, students could have their entire circle of family & friends join them to celebrate. The event automatically saved as a YouTube upload as well, so that students could share the link afterwards. We can only imagine the joy a proud grandmother would have, being able to watch from home, and share their grandchild’s academic success with their friends. When planned well, there can be so many benefits to hosting an event digitally rather than in-person.

Lastly, the staff at King’s Christian Collegiate were such a pleasure to work with. Their help during pre-production really enabled a smooth process. They effectively coordinated numerous teachers and staff to meet with us for filming, and their efficient planning kept a large-scale production very manageable.