How Emily’s Hair Blew Us Away 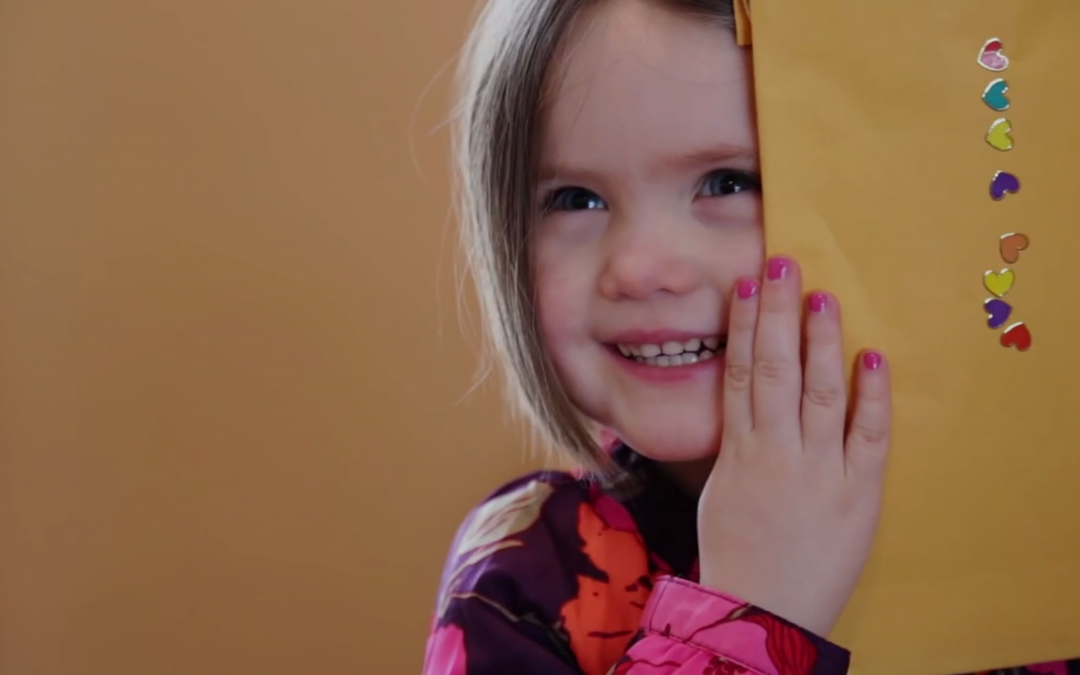 We’ve been blown away by the response from our Emily’s Hair video.  When we first booked Emily’s hair appointment I told Rich he had to document this event and craft a little video that we could share.  I knew Emily would steal the show, as usual, with her cuteness and spunky character.  As Rich pieced together the bit of footage he gathered, we realized we had something really special.  We posted it to social media. Our families shared it.  Our friends shared it.  And apparently thousands of other people shared it, too.  WOW.  We were not prepared for the response it received.

Within 4 days it had over 70 000 plays on Vimeo alone.  We were blown away with these numbers.  Now we are at 2 weeks since the video was posted and between both Vimeo and YouTube stats, the plays are at 2.5 million!  Something about this story struck a chord with people. Considering almost everyone has been affected by cancer in some way, I think there is a connection people are feeling when they watch a sweet little 3 year old try to comprehend what cancer patience are dealing with.  We were flooded with comments about Emily’s cuteness, her compassion, the inspiration, the precious comments about her Uncle ‘Maffew’, and the many emotions it evoked in people.  We love all the praise (because who doesn’t), but I feel it’s important to state that Emily is just like any other typical 3 year old.  What Emily did, that was most meaningful to us…was that Emily was willing to give something that she had a lot of, something that could be of great meaning to another person.  We hope though, is that as Emily matures she will learn to make her own selfless decisions that inspire and bring hope, even if there is a cost. 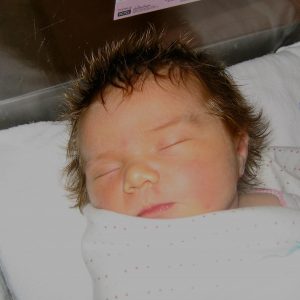 Let me share a little more about Emily’s story.   I guess you could say it all began on April 23, 2010.  Emily was born, and born with a lot of hair. A full head of hair.  The nurse at the hospital snuck her down to the nurses station to show the others cause they didn’t believe her as she tried to describe her thick, full head-of dark hair with frosted blonde tips. By 3 years old it was time for a serious hair cut – it was getting too long for a busy little 3 year old.   We determined that it was long enough to make a wig for someone suffering with cancer.  We suggested to her that we cut her hair off and donate her hair for wigs for cancer patients.   We sat down and explained to her what cancer was, that some kids got really sick and lose all their hair, and that people can donate their hair to make wigs for these kids. We told her it had to be cut really short to get enough length from it and Emily told us she was excited to ‘share her hair’…on the condition that “uncle Maffew would cut Dolly’s hair too”. 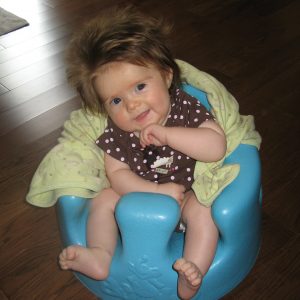 I also wanted to talk about the organization we sent Emily’s hair to.  Emily’s hair donation measured 7”. We found a salon, 360 Hair, in Langley, British Columbia that accepted hair lengths as short as 6” minimums.  [most places require minimum 8-10” – obviously the longer the better].  I was so excited about their program after speaking with them over the phone and this is why their wig donation program ROCKS;

Thank you to everyone who posted, shared and commented.  We hope it brought you joy, inspiration and smiles.