Through the Eyes of the New Guy 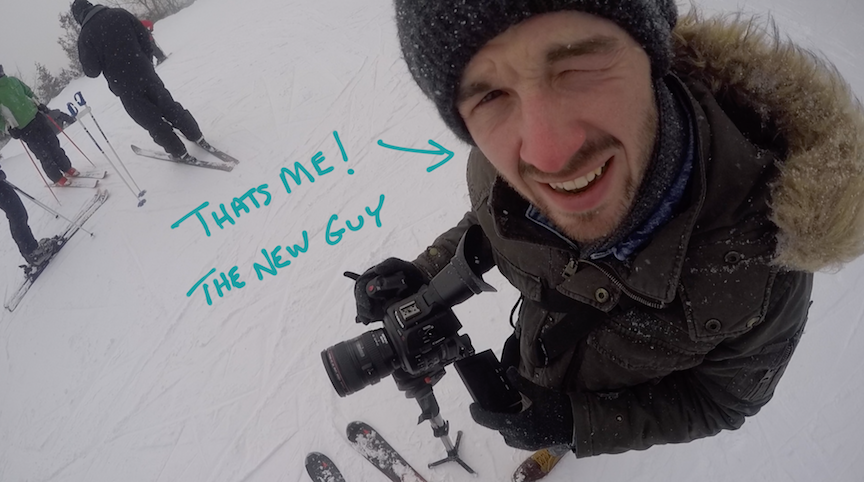 It’s officially been a month since I started here at FlyPress and I’ve got to say, it’s not quite what I expected – in the best way.  At FlyPress our tagline is “Authentic Brand Storytelling” and I’m coming to realize just how ‘authentic’ everything around here is; from editing the storylines, to client interactions, even the people on the team here.  It’s a real mix of different characters, but they each bring something that is invaluable, and they make FlyPress what it is!  Let me share a bit about them. 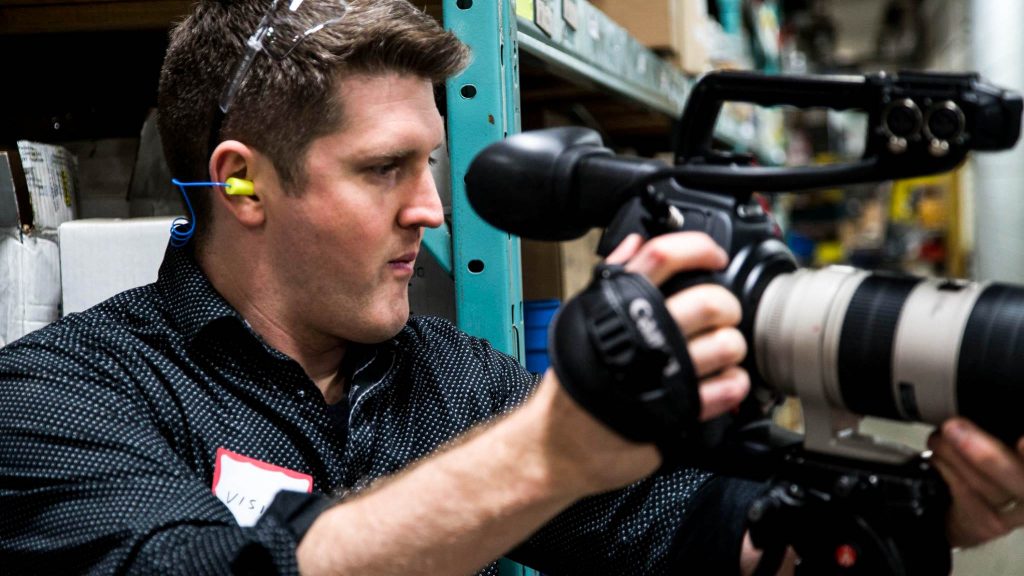 Rich is the brains behind the operation. He is always looking at the bigger picture and how to best convey the story to the target audience. Even more prominent than his “big picture” ideas is his attention to the small details. He has this uncanny way of seeing the one thing that needs to be changed about a shot that you wouldn’t have notice if it weren’t there, but when it is, it suddenly makes it a hundred times better.   Rich takes that attention to detail to the editing room and adds a certain flare to his sequences that bring the story to life!  I’ve had the privilege of working with quite a few cinematographers in my short time in this line of work, but I have yet to meet someone as devoted to his craft as Rich. 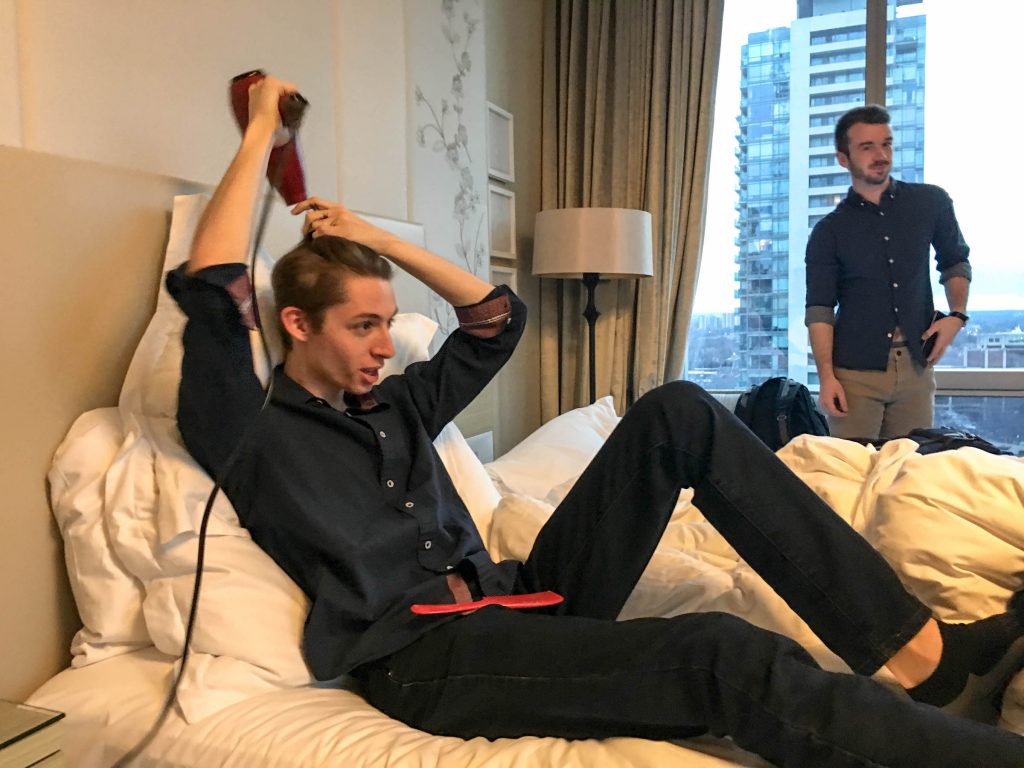 Then there is the infamous Matthew Paquette. Matt is actually the reason I got signed up with FlyPress in the first place. He was the one who introduced me to Rich, but I had no idea of his own talents until I came on board. Watching him at work has been something spectacular.  He’s got the creative mindset to drive FlyPress forward.  Where he really shines is in the editing room. The guy can manipulate anything to do what he wants when it comes to post, making the scene look exactly how he wants it to even if it doesn’t necessarily look like how we filmed it. It’s a completely different type of artwork that he brings to the table but it’s equally as impressive. Not to mention the guy has a quirky sense of humour that makes road trips a blast! 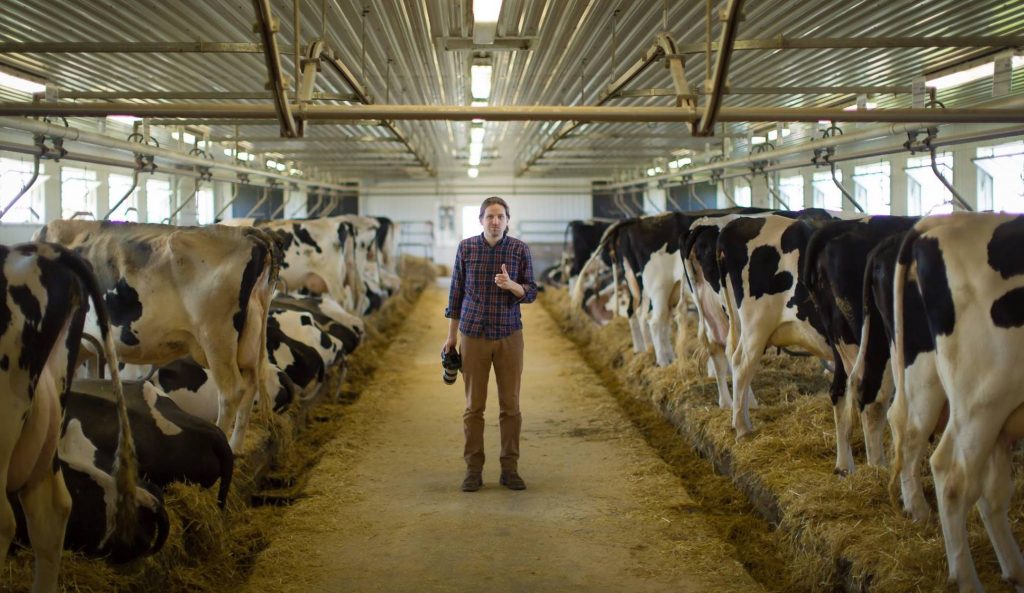 Before I had my initial interview with FlyPress, I did some research and looked at their sample work.  I ran through a lot of their old projects just to get a taste of what would be expected of me.  To be honest, I got really excited about the opportunity just from watching their videos.  Then when I got hired I learned that most of my favourite pieces I had admired were the handy work of Dennis Michaelis. His eye for those “beauty shots” is unreal!   What’s more than that, he sees the shot before it happens.  He spends the extra bit of time setting everything up ever so carefully, then hits record and you can almost just watch the magic happen.  Definitely awe-inspiring, to say the least. 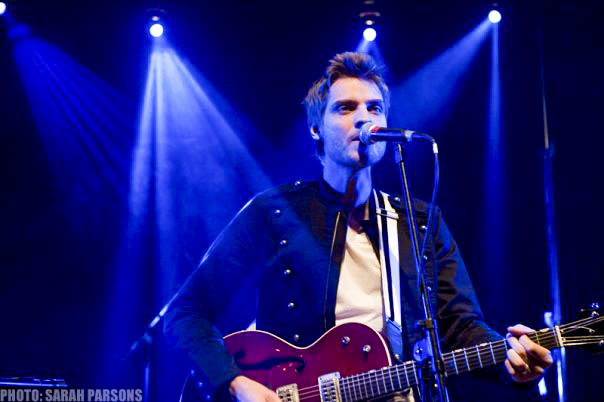 Jeremy is the voice behind FlyPress. It’s frankly ridiculous how he comes up with the scripts and how they so accurately tell the story of our clients.  He has a long history of musical endeavours and I can tell he’s always been gifted in communicating ideas and emotions.  While the rest of us use our talents with visual media to capture the story, Jeremy does it in a much more poetic yet straightforward way. He brings our images to life with the written word and engineers the audio to tell every story in a way we would never have thought of.

Then, there’s Amy. When you put all of us in a room together things can get out of hand.  Being a part of a team that is driven to be authentic means that we are all a bunch of characters.  Most of our time is spent either huddled together in an editing room or on the road filming a client’s story.   Needless to say, we have a ton of fun, but Amy is the one who keeps us all on track. She organizes our lives and keeps our eyes on the ball, while also handling the administrative stuff that we creative types can’t quite get a grasp on.

So, that’s the team!  Everyone has a unique role to play, excelling in different areas that really make FlyPress the team it is.  As I’ve tracked with them over the past month I’ve come to realize that I am officially playing with the big boys.  There are a ton of new ideas and techniques that I am picking up on as we go.  I still have so much to learn, but I’ve got to say it is a humbling thought to be considered part of this crew.