The Bowler [review] A side step from the usual promotional video… 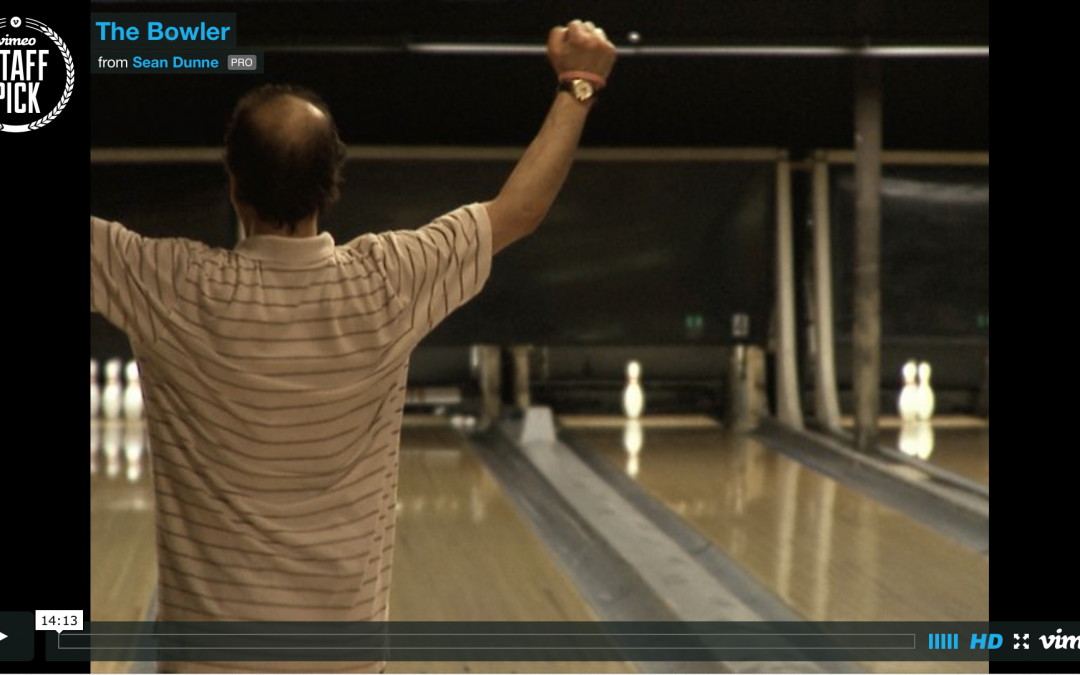 The Bowler…”Meet Rocky Salemmo. He’s a ramblin’ gamblin’ man. For the majority of his adult life Rocky has hustled bowling for a living.”

Do you know anyone that arouses this much curiosity  (and is slightly crazy)? It is people like this whose stories I find so incredibly captivating.  Where the heck do you find a character like this?

At FlyPress Films, I spend most of my time watching and creating promotional video in my hometown of Innisfil, Ontario.  When I’m not filming and directing, I like to watch a variety of other peoples work.

This short film was a treat from start to finish.  Watching it made me want to revisit some of my favourite movies of all time, such as Grizzly Man and American Movie.   I love the unpredictability of all the characters in these movies.   It is almost like they are so off-centre from a social norm that they don’t realize the reason people are watching is because they seem so peculiar  . They don’t appear to act different when the camera is on, from how you would perceive them to really be  – most people have a pretty strong filters, meaning they change (or start ‘acting’) if they know they are being filmed or watched.  I think that is what I find so attractive about Mark Borchardt in his quest to complete Coven, Timothy Treadwell and his preoccupation with the grizzlies and Rocky Salemmo, our colourful bowler.  All these characters are all similarly unique in how involved their obsessions have become.

Character development is so important in engaging the audience, whether it be a shady hustler or white collar tycoon, their story will be remembered, if the character is strong.

This short film, created by Sean Dunne, is a creative work of art and entertaining to watch…enjoy!